My Start as a Sexual Educator 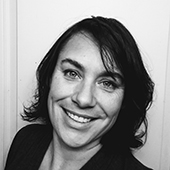 Connecting Outside My Community

The lessened learned in college impacted my adult life. I was involved in as many community events as I could connect with after leaving college. For me this included making sure that people in my life knew that I was open and affirming and that if they needed to talk about sexuality I wasn’t a professional, but I was a good storyteller and listener.

In 2009 I began working on my masters in special education. During that time I was also working at a residential youth program for young people that for a range of reasons could not live at home. Over the next two years I heard a lot about the social and emotional impact of sexual choices made by young people. When I moved to working with primarily non-verbal aggressive autistic students ages 15-22 I saw that the issues of sexuality permeated even that environment. Sexual inappropriateness can take many forms in autism, but what I quickly learned was that what we as educators called inappropriateness was my students lacking sexuality education. They had the urges felt by so many young people but not the understanding or social graces to understand what to do with those feelings.

In 2012 I because working on becoming a sexual educator. I began co-teaching sex ed in a public school getting on the job exposure to working with young people about sexual health. At the start of 2013 I was trained as an Our Whole Lives facilitator. By 2013 I was licensed with the Commonwealth of Massachusetts as a Health/Family and Consumer Sciences.

I have continued to teach classes on social emotional wellness and secular sexual education since 2012 in both school environments and in religious communities.