My Start as a Sexual Advocate 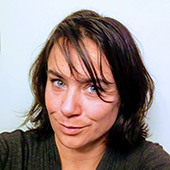 My Start as a Sexual Advocate

Does anyone remember at their college freshman orientation having a time where each of the social groups got to tell an auditorium about their particular group? At my orientation at the end of the presentations we were giving a little slip of paper to check off what we might be interested in taking part in. I checked off “GALA” the Gay and Lesbian Alliance. I did not have any real question about my sexual identity; I saw this as an opportunity to support my classmate who may or may not have a “straight” friend to bounce ideas off of. I got contacted by the current group president through and invite in my school mailbox. I headed to the ‘Open House’ one afternoon and found a lovely woman who was indeed pregnant. After a quick conversation and not too much fan fair I became the President of GALA. My first move (as there were no active members) was to change the name… How could I be the president of a group called the Gay and Lesbian Alliance if I was not actually Gay. I wrote up a proposal to change the name to Alliance and brought it to the Student Government. Turns out if you are the leader of a group you are also a member of student government.

The plot just kept getting thicker.

I began publicizing opportunities for gay and straight students to come to my basement office to chat. I started getting pizza and it started to catch on.

What happened: I found myself as an eighteen year old counseling my peers and men and women, with significantly more life experiences,on sexuality. Now if the internet was a good resource back in 1996 it wasn’t as good as the resources that were already in the room. I started reading all of the back issues from 1993-1996 of OUT that I could find in the haphazard filing system. We also had a pile of the advocate sitting on top of a cabinet that was also a treasure trove to help me get more acquainted with the LBG community. I was wholly unqualified for the position, I was so unqualified I didn’t even know the resources available to the people coming into the room. After a year in the position I learned a lot about listening to people talk about their sexuality. In many cases all people wanted in this situation to their concerns and let them work it through on their own.